Get a free estimate

Are you feeling cramped in your home? Do you want to expand your living area with something that has a second-floor exterior vantage point and outdoor patio features? Sunrooms, outdoor patios and other secondary spaces are an investment worth making.

Investing in your house can also extend to other parts of everyday life. At Four Seasons Sunroom, we’ve designed numerous additional solutions that will not only add an additional dimension of living, but enhance your existing space as well.

When you contact Four Seasons Sunroom to get more information about adding a sunroom in Levittown, NY, you will find out that this is the most suitable approach to fulfill your objectives for indoor/outdoor living pergolas since it allows you to enjoy the best of both worlds.

Patio sunrooms in Nassau County can seamlessly integrate with the inside and outside regions, allowing you to be inside and outside simultaneously. Picture yourself lounging in a comfy patio chair, taking in the sights and sounds of the day through a crystal-clear glass wall.

All Homeowners' Requirements Are Accomplished With Our Patio Sunrooms

Homeowners of all shapes and sizes appreciate the value of installing a patio sunroom. It is possible to create a calm oasis in your home by adding one of these great pieces to the space.

In this time of multitasking, it’s hard to find time for yourself. However, with Verify, there is no need to hang out in your workspace. You can chill out at home and get some work done at the same time!

It can be tough to find a way to enjoy the outdoors and not get eaten by bugs. Let Four Seasons Sunroom provide you with a bug-free experience. Our patio sunroom will do the trick for you and offer additional privacy.

Our experts can help you find a beautiful, affordable and durable patio sunroom with the perfect match for your home. To ensure a perfect match, we provide installations in areas across the nation.

We aim to provide our homeowners with high-quality service, which includes the following:

Why Hire Our Patio Sunroom Services?

Adding a sunroom or outdoor patio enclosure to your house is the perfect solution for when you need more usable space. Every option from furniture placement to window treatments will help you make the most of this new area!

2) Allow For Year-Round Use Of The Space

With a patio enclosure or a sunroom, you can enjoy the outdoors for an extended period. You will be able to enjoy your patio or sunroom at any time of the year, and it’s great for all four seasons. On the other hand, if you’re looking to do so year-round, a liferoom is fully equipped with everything you could possibly need.

With the option to open windows when the weather permits and protection from pests, you now have a versatile living area you can use regardless of external conditions.

Adding value to your property is one of the main advantages of adding a patio sunroom. Hiring a patio sunroom service from Four Seasons Sunroom can make a big difference in the resale value of your home. It will also provide extra living space and in some cases, it may even bring in additional square footage. This feature is useful when selling your property to home buyers!

We offer options for sunroom additions or sunrooms that integrate seamlessly into your patio to help you maximize the interior and exterior space of your home. With our Nassau County constructions, you can play games with friends in a bright, open space. You can also cultivate plants and more while enjoying the sunshine in comfort.

5) Take Care Of Your Furniture & Decor

With Four Seasons Sunroom, you’ll be able to protect the outdoor furnishings and décor that you spent so much time picking out. You don’t have to stow them away during harsh winter weather or hot summer days. With our sunroom installation and patio enclosure, this won’t be an issue anymore.

Here’s some advice that might help: a sunroom and patio enclosure or screened patio are better options than an open-air patio, as they eliminate pollen and other outdoor allergens. 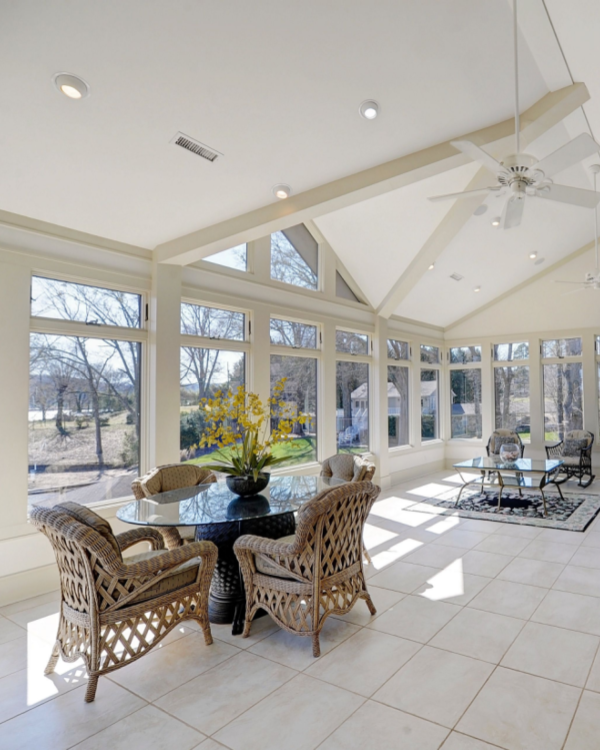 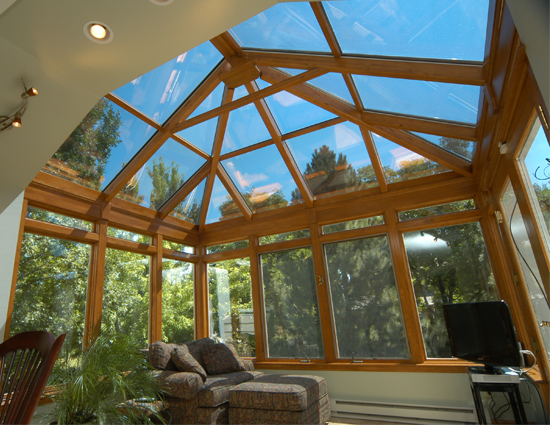 We go above and beyond the call of duty to provide the highest level of customer service. We never forget the importance of our customers and we always prioritize their needs. Every project has rigorous permit procedures, scheduled inspections, and verification of structural soundness.

At Four Seasons Sunroom, your satisfaction is our priority. We make high-quality sunrooms with aluminum, glass, and wood to satisfy your needs in the surrounding regions.

With our help, you may transform your living area into a private heaven. Please dial 516-253-2329 if you’d like a free, no-obligation consultation on a new patio sunroom.

The Levitt firm began before World War II, as a builder of custom homes in upper middle-class communities on Long Island. During the war, however, the home building industry languished under a general embargo on private use of scarce raw materials. William “Bill” Levitt served in the Navy in the Seabees – the service’s construction battalions – and developed expertise in the mass-produced building of military housing using uniform and interchangeable parts. He was insistent that a postwar building boom would require similar mass-produced housing, and was able to purchase options on large swaths of onion and potato fields in undeveloped sections of Long Island.

Returning to the firm after war’s end, Bill Levitt persuaded his father and brother to embrace the utilitarian system of construction he had learned in the Navy. With his brother, Alfred, who was an architect, he designed a small one-floor house with an unfinished “expansion attic” that could be rapidly constructed and as rapidly rented to returning GIs and their young families. Levitt & Sons built the community with an eye towards speed, efficiency, and cost-effective construction; these methods led to a production rate of 30 houses a day by July 1948.They used pre-cut lumber and nails shipped from their own factories in Blue Lake, California, and built on concrete slabs, as they had done in a previous planned community in Norfolk, Virginia. This necessitated negotiating a change in the building code, which prior to the building of this community, did not permit concrete slabs. Given the urgent need for housing in the region, the town agreed. Levitt & Sons also controversially utilized non-union contractors in the project, a move which provoked picket lines. On the other hand, they paid their workers very well and offered all kinds of incentives that allowed them to earn extra money, so that they often could earn twice as much a week as elsewhere. The company also cut out middlemen and purchased many items, including lumber and televisions, directly from manufacturers. The building of every house was reduced to 26 steps, with sub-contractors responsible for each step. His mass production of thousands of houses at virtually the same time allowed Levitt to sell them, with kitchens fully stocked with modern appliances, and a television in the living room, for as little as $8,000 each (equal to $92,721 today), which, with the G.I. Bill and federal housing subsidies, reduced the up-front cost of a house to many buyers to around $400 (equal to $4,636 today).